Zebras like to “sleep” during the day alongside hills and ridges and in winter like to take a sunbath. The roll in sand and you find typical sand holes in areas where zebras live. One foal is born between January and April and it will stay with the herd until the reproductive age is reached, when they form new herds with other offspring. Zebra herds have a dominant male stallion and a female merry and often fierce fights occur to protect their herd against intruders and predators.

Zebras where introduced to Kachauchab in 2012 and the numbers are still small. On my concession farm Lichtenstein- Süd abundant zebras are found and I mainly hunt them there. 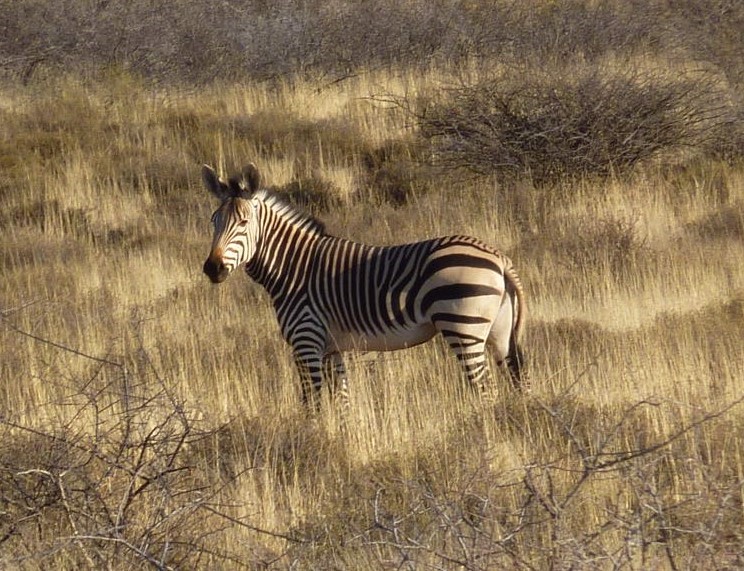