Warthogs are found throughout Namibia in open and semi-open habitats, even in quite arid regions, in sub-Saharan Africa. Even in the desertlike border area of our Namib Desert you will sometimes see a group of warthogs. Although covered in bristly hairs, their bodies and heads appear largely naked from a distance, with only the crest along the back, and the tufts on their cheeks and tails being obviously haired. In flight, their tale is like an antenna intp the air disappearing into grass or bush encroachments. The English name refers to their facial wattles, which are particularly distinct in males. The male got two warts on each side of the head and the head is broad and bulky. They also have very distinct tusks, which reach a length of 25.5 to 63.5 cm (10.0 to 25.0 in) in the males, but are always smaller in the females. They are largely herbivorous, but occasionally also eat small animal food.

Although Kachauchab has a small warthog population they are mainly hunted on the concession farm Lichtenstein-Süd. 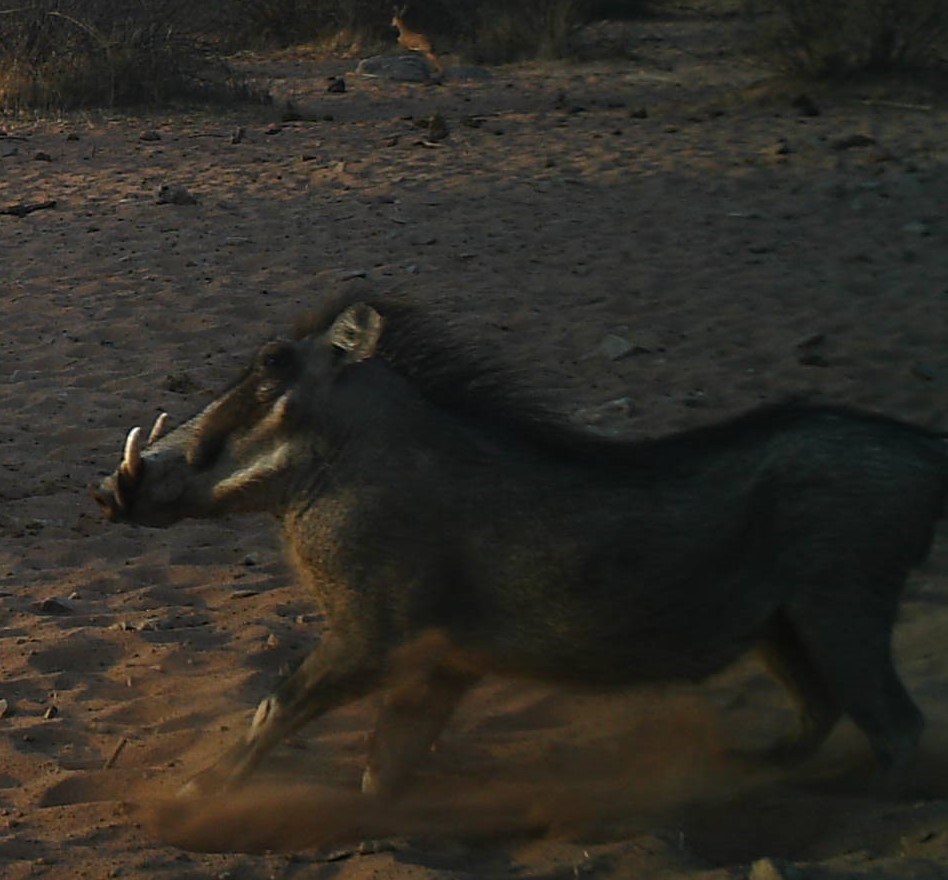