The springbok (Antidorcas marsupialis) is a medium-sized antelope found mainly in southern and southwestern Africa. A slender, long-legged antelope, the springbok reaches 71 to 86 cm (28 to 34 in) at the shoulder and weighs between 27 and 42 kg (60 and 93 lb). Both sexes have a pair of black, 35-to-50-centimetre (14 to 20 in) long horns that sometimes curve backward. The springbok is characterised by a white face, a dark stripe running from the eyes to the mouth, a light brown coat marked by a reddish-brown stripe that runs from the upper foreleg to the buttocks across the flanks, and a white rump flap.

The springbok is the most common antelope on Kachauchab huntingfarm and likes open bush savanna. You can find large herds of up to 200 animals- mainly flocking together after good rains and when their calves are born-January to May. The dominant male is sometimes a loner defending his territory from other male intruders.

A challenging hunt awaits you. The springbok is Kachauchab`s royal game. 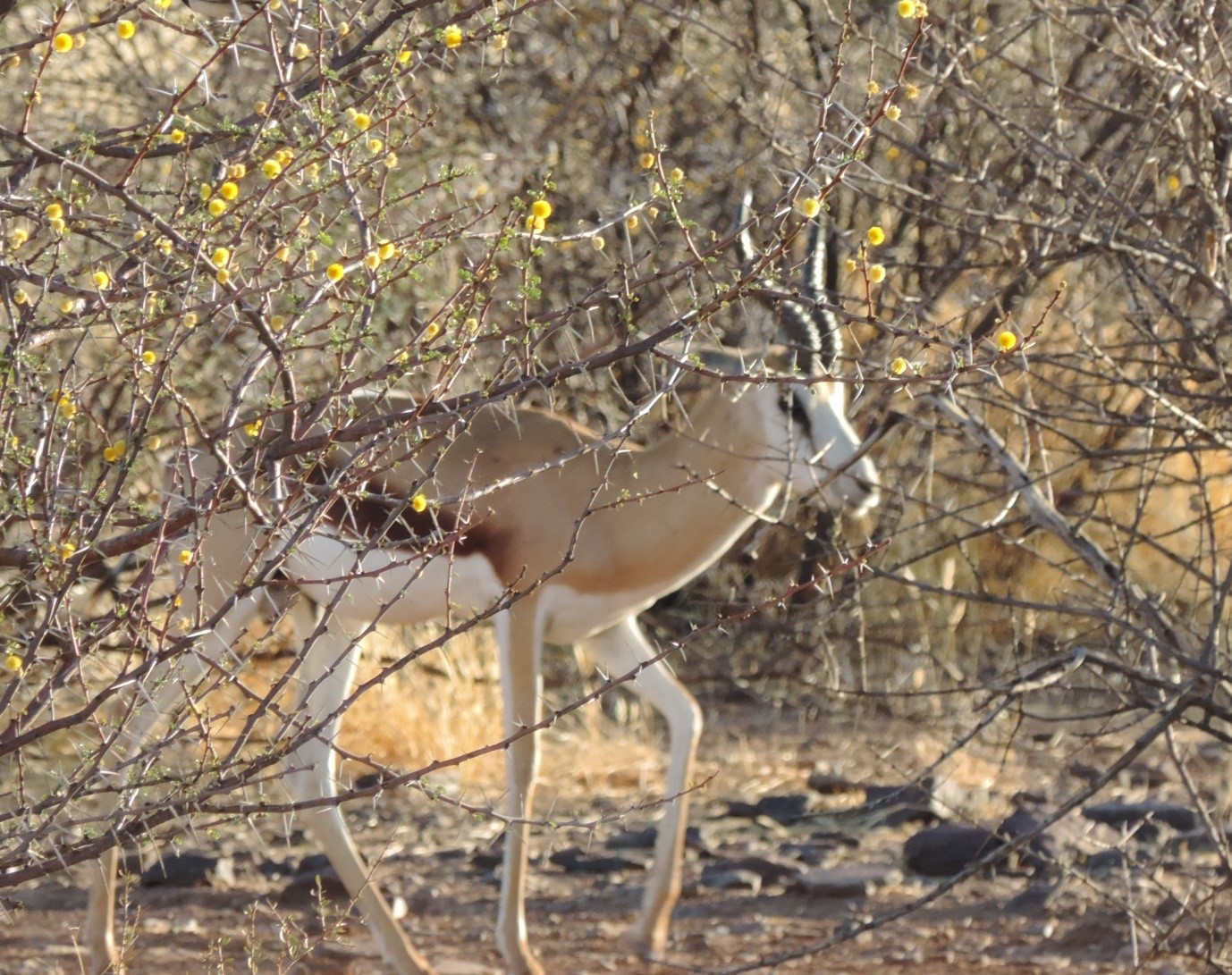